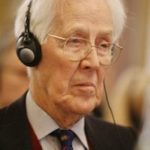 Retired General Sir Hugh Beach was the former deputy commander-in-chief of the United Kingdom’s land forces (1976-77) and Master General of the Ordnance (1977-81), among other roles served during his distinguished military career, including: warden of St. George House, Windsor Castle (1981-86); vice lord lieutenant of Greater London (1981-87); chief royal engineer (1982-87); and as a member of the Security Commission (1982-91). Subsequently, he chaired the Ministry of Defence Study Groups on Censorship (1983) and Education in the Army (1984). Beach was a member of the board of directors of the Verification Technology Information Centre, Council for Christian Approaches to Defence, Acronym Institute for Disarmament Diplomacy as well as the British Pugwash Group. 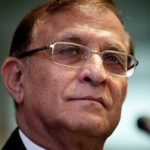 Retired Air Marshal Ajit Bhavnani is the director of SAMTEL Avionics and senior advisor for aerospace and defence at TATA Group. Previously, he was Vice Chief of Air Staff of the Indian Air Force. He was the first commander of the Mirage squadron and headed the Tactics and Air Combat Development Establishment. 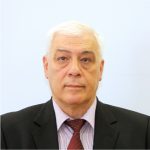 Lieutenant General (ret.) Evgeny Buzhinsky is the chairman of the Russian Center for Policy Studies (PIR Center). He also serves as vice president of the Russian International Affairs Council. From 1976 to 1992, he was an officer of the General Staff of the Russian Armed Forces. He later served in various positions in the Ministry of Defense, including head of the International Treaties Department before retiring. 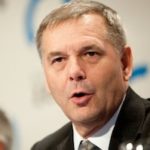 Retired General James E. Cartwright served as commander of U.S. Strategic Command, before being nominated and appointed as the 8th vice chairman of the Joint Chiefs of Staff, the nation’s second highest military officer. In his role as vice chairman, Cartwright chaired the Joint Requirements Oversight Council, co-chaired the Defense Acquisition Board and served as a member of the National Security Council Deputies Committee, the Nuclear Weapons Council and the Missile Defense Executive Board.

Cartwright was the inaugural holder of the Harold Brown Chair in Defense Policy Studies for the Center for Strategic & International Studies. From 2011 to 2013, he was a member of the Defense Policy Board Advisory Committee, a federal advisory committee that provides advice and counsel to the leadership of the Department on matters concerning defense policy.

Cartwright’s command assignments include: commander, United States Strategic Command (2004-2007); commanding general, First Marine Aircraft Wing (2000-2002); and deputy commanding general, Marine Forces Atlantic (1999-2000). He was commissioned as a second lieutenant in the Marine Corps in November 1971 and received his master’s degree in national security and strategic studies from the Naval War College and completed a fellowship with Massachusetts Institute of Technology. 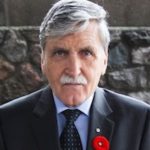 Retired Lieutenant General Romeo Dallaire has led a distinguished career in the Canadian military, achieving the rank of lieutenant general and serving as assistant deputy minister in the Department of National Defence in 1998. He was appointed to the Canadian Senate in 2005, serving as the vice-chair of the security and defence committee and president of the Senate subcommittee on veterans affairs until 2014. In 1994, Dallaire commanded the United Nations Assistance Mission for Rwanda (UNAMIR).

Dallaire has received numerous honors and awards, including Officer of the Order of Canada (2002), Grand Officer of the National Order of Quebec (2005), and the Aegis Award for Genocide Prevention from the Aegis Trust. In 2007, he founded The Roméo Dallaire Child Soldiers Initiative, an organization committed to ending the use of child soldiers worldwide. He has also written three books, including the highly acclaimed “Shake Hands with the Devil: the Failure of Humanity in Rwanda,” and his most recent book “Waiting for First Light: My Ongoing Battle with PTSD.” 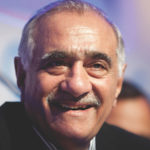 Retired Major General Mahmud Ali Durrani is a former national security advisor to the prime minister of Pakistan and former ambassador to the United States. Prior to that, Durrani was an advisor at the International Institute for Strategic Studies. Durrani has worked extensively to further peace efforts between Pakistan and India. He retired from Pakistan’s army in 1998 with the rank of major general.

Durrani is a member of the Global Zero Commission on Nuclear Risk Reduction. 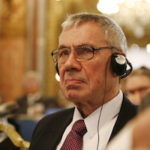 Retired Major General Vladimir Dvorkin is a senior advisor at the PIR Center, a prominent Russian think tank, and the Carnegie Moscow Center. He is also a chief researcher of the Institute of World Economy and International Relations at the Russian Academy of Sciences.
Earlier in his career, he served in the Strategic Rocket Forces. From 1993 to 2001, he was director of the Fourth Central Research Institute of the Russian Ministry of Defense. He supported preparations for Strategic Arms Limitation Talks (SALT) II, the Intermediate-Range Nuclear Forces (INF) Treaty, Strategic Arms Reduction Treaty (START) I and START II, and made a significant contribution to formulating Soviet and Russian positions at the negotiations on strategic offensive arms control and reduction.

Dvorkin is a member of the Nuclear Crisis Group and the Global Zero Commission on Nuclear Risk Reduction. 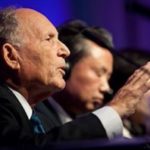 Retired Brigadier General Uzi Eilam joined the research staff of the Jaffee Center for Strategic Studies at Tel Aviv University in 2002 as a senior research fellow. Prior to that, he served as the director general of the Israeli Ministry of Defense Mission to Europe. His military career included a term as a commanding officer in the paratroopers as well as experience in military research and development at Israel Defense Forces (IDF) headquarters.

After retiring from the IDF, Eilam served as director general of the Israeli Atomic Energy Commission and as chief scientist and director of research and development in the Ministry of Defense. Following a dispute between the U.S. and Israel over sales of military equipment to China, he was appointed to draft a proposal on supervision and control of Israel’s military exports.

Eilam is also an author; his book, “Eilam’s Arc: How Israel Became a Military Technology Powerhouse,” was released in 2011. Eilam’s current research focuses on European defense theory and the European defense industry.

Eilam is an advisor to the Global Zero Commission on Nuclear Risk Reduction.