NATO and Russia. North Korea and the United States. India and Pakistan. The United States and China. These tense international relationships share one thing in common: each has the potential to quickly worsen into military confrontation that could spark the use of nuclear weapons. Each is a Cuban Missile Crisis in the making.

Confronted for the first time with multiple flashpoints that could go nuclear with little or no warning, the world is in uncharted waters. To help steer us safely through these dangers, Global Zero launched the Nuclear Crisis Group, a crack team of top former nuclear commanders, diplomats, and national security experts who monitor these volatile situations and put forward actionable plans to defuse them — and prevent the use of nuclear weapons.

Check out the latest from Nuclear Crisis Group: 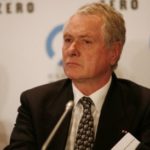 Retired General Bernard Norlain is the president of the Comité d’Études de la Défense Nationale and director of the Revue Défense Nationale. Norlain is the former air defense commander and air combat commander of the French Air Force and has logged more than 6,000 hours of flight as a fighter pilot. He served as military adviser to French Prime Ministers Jacques Chirac and Michel Rocard. He was director of the French Institute for National Defense Studies, vice-president of Deloitte & Touche and chairman of the Sofema group. 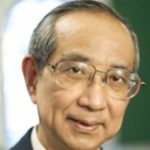 Retired Major General Pan Zhenqiang is deputy chairman of the China Foundation for International Studies and Academic Changes, director of research at the Institute for Strategy and Management of the Central University of Finance and Economics in China and senior adviser to the China Reform Forum. Pan is also the former director of the Institute for Strategic Studies at National Defence University of China in Beijing.

Pan is a member of the Nuclear Crisis Group and the Global Zero Commission on Nuclear Risk Reduction. 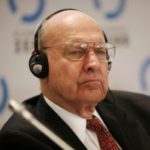 Ambassador Thomas Pickering is a former U.S. diplomat who held the personal rank of career ambassador, the highest in the U.S. Foreign Service. In a diplomatic career spanning five decades, he served as U.S. ambassador to Russia, India, Israel, El Salvador, Nigeria and Jordan. From 1989 to 1992, he served as ambassador and representative to the United Nations in New York. He speaks French, Spanish, Swahili, Arabic, and Hebrew. 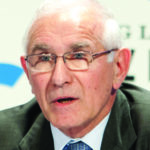 Minister Paul Quilès has had an extensive career in public service, serving as the defense minister of France from 1985 to 1986, interior minister of France from 1992 to 1993 and chairman of the defense commission in the French National Assembly from 1997 to 2002. Quilès served as the deputy of Paris from 1978 to 1983 and again from 1986 to 1988, and as deputy of Tarn from 1993 to 2006. In addition, Quilès served as the director of Francois Mitterand’s presidential campaign. He is currently mayor of Cordes-sur-Ciel and is a member of Mayors for Peace, an organization promoting the solidarity of cities toward the total abolition of nuclear weapons. In 2016, he assisted in the creation of the Nuclear Disarmament Initiative (NDI) where he currently serves as president.

Quilès is a member of the Nuclear Crisis Group and the Global Zero Commission on Nuclear Risk Reduction. 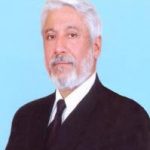 Vice Admiral Vijay Shankar retired in September 2009 after nearly 45 years of service in the Indian Navy where he held the positions of commander in chief of the Andaman & Nicobar Command and commander in chief of the Strategic Forces Command. His afloat assignments include specialist tenures on board several fleet units between 1970 and 1983. He was a part of the commissioning crew of INS Ghorpad, commissioned in Poland, and of INS Rana commissioned in the Soviet Union. He also served as the commanding officer of INS Panaji in 1973, INS Himgiri in 1987, INS Ganga in 1993 and the Indian Navy’s only aircraft carrier, INS Viraat in 1995. He took over command of the ‘Sword Arm’ of the Indian Navy as the flag officer commanding Western Fleet in January 2003. His operational experience is backed by active service during the Indo-Pak war of 1971, command of INS Himgiri during Operation Pawan and as chief of staff, Southern Naval Command during Operation Vijay. 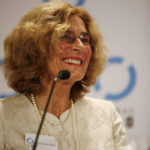 Dr. Jennifer Allen Simons, C.M. is founding partner and Canada chair of Global Zero and founder and president of The Simons Foundation, Vancouver, Canada, with a mission to advance positive change through education in peace, nuclear disarmament, international law and human security.

As an award-winning educator, thought leader and policy advisor, Simons and her foundation have supported major international initiatives, providing critical financial support, convening international leaders in policy dialogue and driving academic research. Her partnerships with other non-governmental organizations, academic institutions, the Government of Canada, international governments and the United Nations have made her an important and effective actor in the effort to address peace and disarmament. She is a member of the Pugwash Conferences on Science and World Affairs and the International Advisory Board of the Center for Nuclear Non-proliferation and Disarmament of Australian National University.

Simons was appointed to the Order of Canada for her contributions to the promotion of peace and disarmament and, among her many other awards and acknowledgements, was awarded both the Queen Elizabeth II Golden Jubilee Medal in 2002 for her service to the global effort to eradicate landmines and the Queen’s Diamond Jubilee Medal in 2012. She also received the 2006 Vancouver Citizens Peace Award.

Click here for more information and a complete biography.

Simons is a member of the Nuclear Crisis Group. 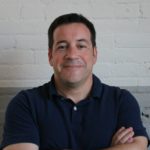 Jon Wolfsthal is Senior Advisor to Global Zero and director of the Nuclear Crisis Group. From 2014 to 2017, he served as special assistant to former U.S. president Barack Obama and senior director for arms control and nonproliferation at the National Security Council. He has also served as special adviser to then U.S. Vice President Joe Biden for nuclear security and nonproliferation and as a director for nonproliferation on the National Security Council. He supported the Obama administration’s negotiation and ratification of the New START arms reduction agreement with the Russian Federation, and helped support the development of nuclear policy, including through the 2010 Nuclear Posture Review. 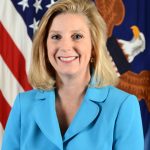 Christine E. Wormuth is director of the International Security and Defense Policy Center at the RAND Corporation. She previously served as U.S. under secretary of defense for policy, where she strengthened defense relationships with allies and partners in the Asia-Pacific and placed greater emphasis on deterrence of Russia and China. Wormuth was the Deputy Under Secretary for Strategy, Plans and Forces from 2012 to 2014 and was responsible for advising the Secretary and Deputy Secretary of Defense on the policy aspects of defense strategy, budget and forces. She was also responsible for providing civilian oversight of the war plans process. From 2010-2012, she held the position of special assistant to the president and senior director for defense at the National Security Council, leading a comprehensive effort to update nuclear weapons planning and employment guidance. Wormuth has also held positions of director of the Adrienne Arsht Center for Resilience at the Atlantic Council and senior fellow at the Center for Strategic and International Studies.