Nuclear tensions between NATO and Russia are dangerously high.

A lack of trust and increasingly close military interactions between NATO and Russia threaten to spark a crisis that could rapidly escalate to the use of nuclear weapons by accident or miscalculation.

In December 2020, the Nuclear Crisis Group (NCG) — a task force of seasoned diplomats, military leaders, and national security experts from nuclear-armed and allied countries working to prevent the use of nuclear weapons — published a new report about the risks of NATO-Russia escalation to nuclear use, and the steps governments can take to mitigate tensions, lower the odds of miscalculation, and enhance stability.

Featuring insight from six eminent experts and former officials from the United States, Russia and Europe, the “NATO-Russia Crisis Brief” proposes near-term steps to improve stability and reduce the risks of conflict and escalation in Europe, demonstrating a wide range of options to enhance security in what the NCG has identified as a “nuclear flashpoint” — one of four regions in the world where the risk of nuclear conflict is highest. 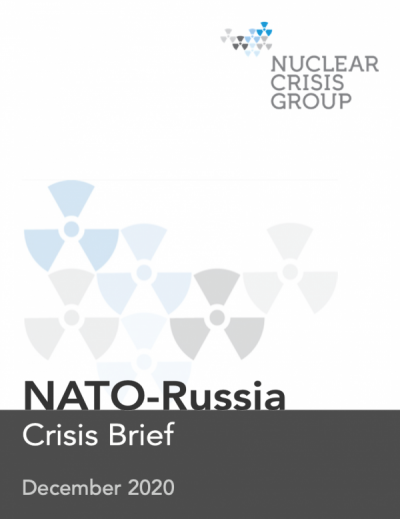 The present state of affairs between NATO and Russia is unnecessarily dangerous. The reality remains that an unintended crisis, conflict, or mistake could lead to a rapid military escalation and a spasmodic use of nuclear weapons at almost any time. Six experts provide a broad array of options to improve stability and reduce the risks of conflict and escalation in Europe.