We have a plan.

The groundwork is set for a nuclear-free future.

US and USSR agree to verifiably ban an entire class of nuclear weapons through the Intermediate-Range Nuclear Forces (INF) Treaty.

Shrinking The Arsenals Of The Cold War 1991

The US and USSR sign the Strategic Arms Reduction Treaty (START I) and agree to limit their deployed nuclear arsenals to 6,000 each. 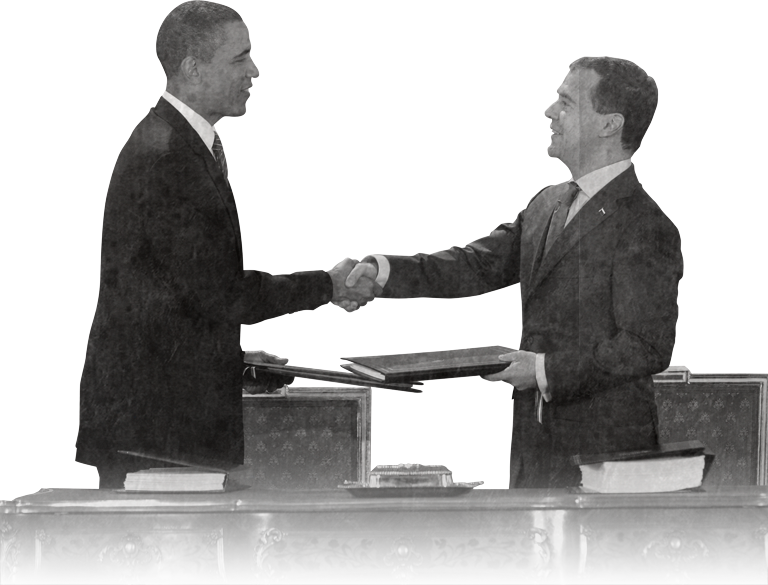 The Global Zero Action Plan is an ambitious 10-year framework to achieve a legally-binding agreement among the world’s nine nuclear-armed states — China, France, India, Israel, North Korea, Pakistan, Russia, the United Kingdom, and the United States — to phase out all nuclear weapons by 2045 under strict international monitoring and verification.

While progress has been made to rally non-nuclear nations around a legal prohibition against these weapons, abolition cannot be achieved without bringing nuclear-armed states into direct negotiations. There’s no way around that. We need to take these governments head on and get them to the table for a dialogue on disarmament that can ultimately lead to negotiations and a formal accord.

Russia, the U.S., and China cut their nuclear arsenals to 300 warheads each.

All other nuclear-armed states agree to not exceed this limit.

All nuclear-armed states continue direct talks to further global stability, strengthen monitoring and verification, and develop a framework for the Global Zero Accords.

All nuclear-armed states negotiate, sign and ratify the Global Zero Accords, a binding international treaty that removes all nuclear weapons from military service within two years, and requires the complete destruction of nuclear warheads by 2045.