It’s time to put an end to nuclear warfighting.

The United States owns nearly half of the world’s nuclear stockpile and is on track to spend $1.7 trillion to upgrade every warhead in its massive arsenal. Hundreds of these weapons are locked in attack mode — ready to launch instantly at the whim of the President.

Despite reaffirming the adage “a nuclear war cannot be won and must never be fought,” U.S. nuclear planning is predicated on the misguided belief that one can fight and win a nuclear war. The thousands of nuclear weapons in the arsenal constitute overkill that is financially and morally bankrupt, and puts Americans — and the world — at greater risk of nuclear catastrophe.

In 2018, Global Zero  released a new vision for U.S. nuclear policy based on credible estimates of Pentagon mission requirements, “The End of Nuclear Warfighting: Moving to a Deterrence-Only Posture.” This report lays out a credible alternative vision for the U.S. nuclear arsenal pending the total elimination of nuclear weapons globally.

Our recommendations will strengthen control over nuclear operations and reduce the risk of their use by design or accident while maintaining a robust and stable deterrent force and promoting deep reductions in the world's nuclear stockpile.

These bold reforms are grounded in a common-sense ban on the first use of nuclear weapons, and would produce a lean arsenal insulated from accidents, mistakes and rash judgment. They could save American taxpayers hundreds of billions of dollars, dramatically reduce the risks of nuclear conflict (intentional or otherwise), and pave the way for freezes and cuts in other nuclear-armed states — all while fully satisfying any legitimate U.S. defense requirements. 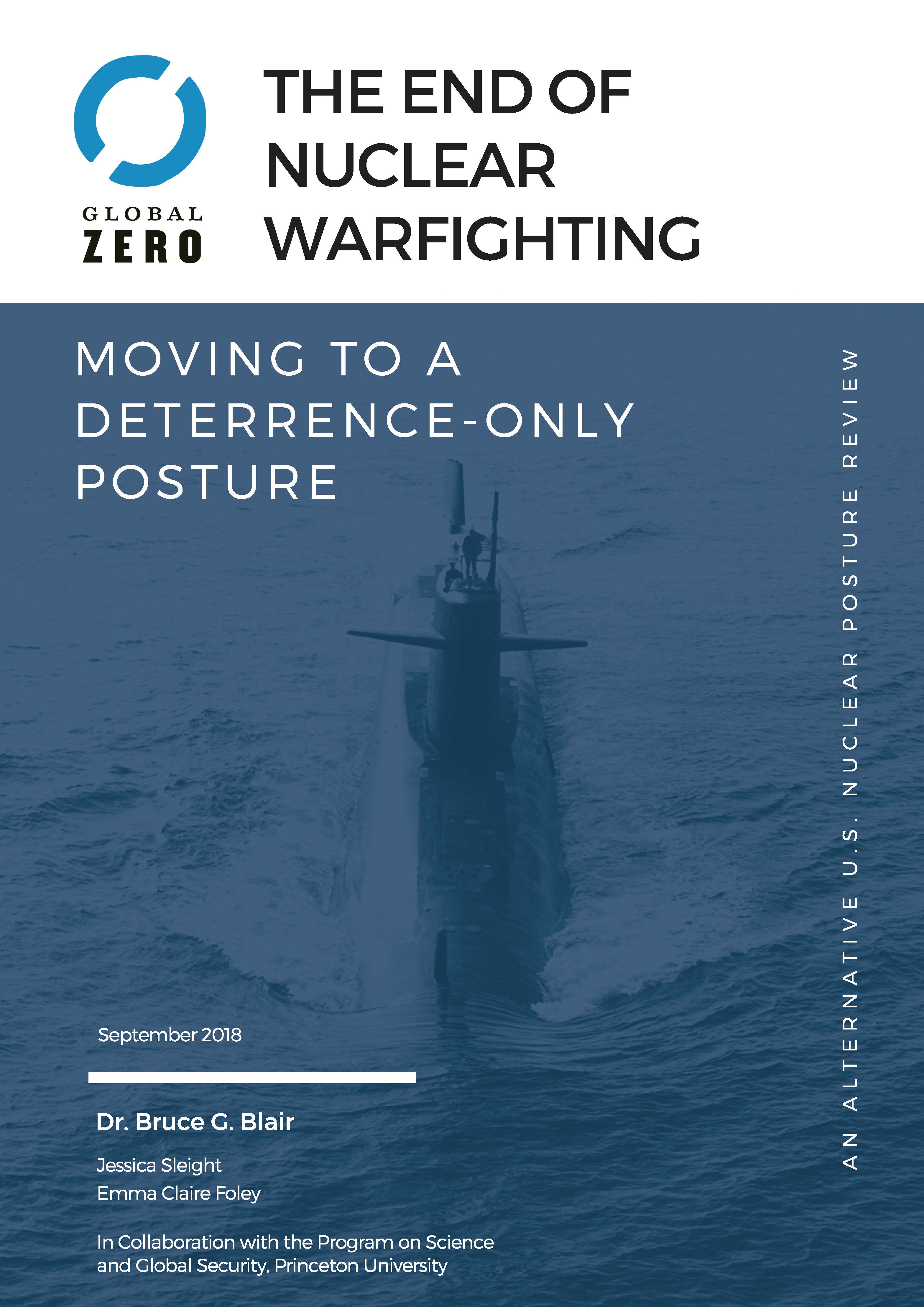 THE END OF NUCLEAR WARFIGHTING

The United States should adopt a deterrence-only nuclear strategy that recognizes neither Russia nor China has strong intrinsic reason to initiate a nuclear attack on the United States and that deterring such attacks can be assured by a relatively small number of survivable U.S. nuclear weapons capable of responding to the immediate circumstances of enemy aggression. This shift would allow the United States to halve the size of its nuclear arsenal and the number of targets in its war plans. It would also pave the way to even deeper reductions and facilitate progress toward a nuclear-weapon-free world.