In a world where only a few government leaders are empowered to make the decision to unleash the civilization-ending destruction of a nuclear attack, the media and an anxious public focus on high-level political developments to understand the risk of a disastrous conflict.

But how might a nuclear exchange actually happen? History has shown misinterpretation of another nuclear-armed country’s behavior in a situation where there is little communication between the countries is an important and frequently overlooked source of nuclear risk.

From 2014 to 2019, the Military Incidents Project gathered and analyzed information on publicly-known military incidents involving nuclear weapons countries as well as those under the U.S. nuclear umbrella to better understand conflict risk among nuclear-armed states.

Recent years have seen the bilateral nuclear arms control treaty regime all but dismantled and the U.S. and Russia invest in new nuclear weapons as relations worsen. The Baltic Sea region in particular has become a key focal point for military exchanges between the countries that possess the vast majority of the world’s nuclear weapons.

Get the Report: U.S., NATO, and Russia

Above the Baltic Sea: Early Consequences of the U.S. Suspension of the INF Treaty

Nearly one-third of all global maritime trade passes through the South China Sea each year. Nine countries claim all or part of the sea, with its fish stocks and oil and gas reserves below the sea bed, as their own. The U.S. and China both assert their claims to the area with shows of military might—increasing the risk of confrontation.

The ongoing standoff between the U.S. and North Korea over its nuclear program has produced some of the most high-profile increases in nuclear tensions in recent years. On the ground, day-to-day interactions among the U.S., North and South Korea reflect these tensions.

The slow-burning standoff between India and Pakistan over the contested territory of Kashmir came to a head in 2019, when India launched an air attack on Pakistani territory after a bombing left dozens dead. But the conflict has a long history—and with both countries armed with nuclear weapons, an escalation could mean catastrophe.

More on the Military Incidents Project

The Military Incidents Project: Anatomy of an Air Incident 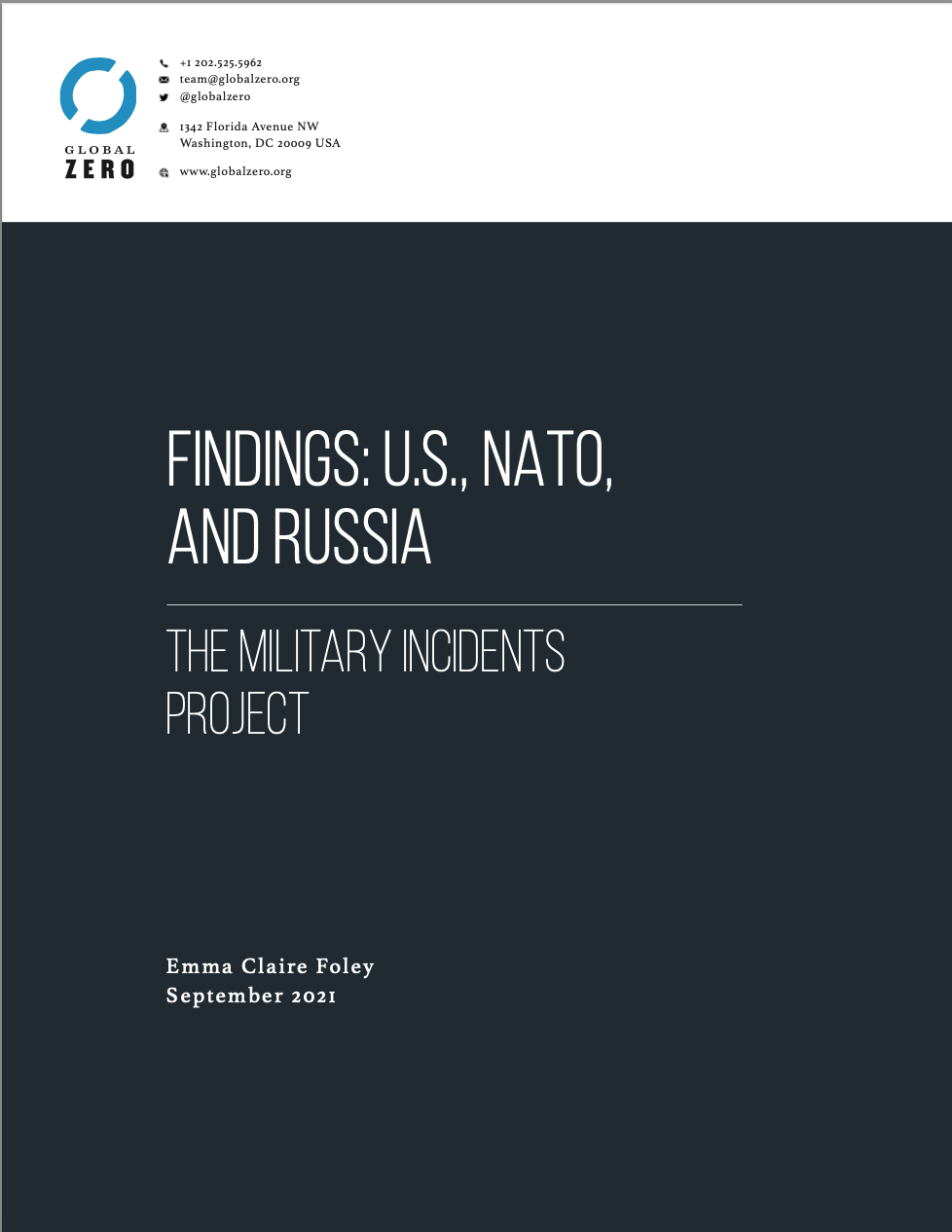 Analyzing nearly a thousand military incidents involving the United States/NATO and Russia from 2014-2019, the report details an acute rise in military encounters between U.S./NATO and Russian military forces and points to the Baltic Sea as a focal point of risk.